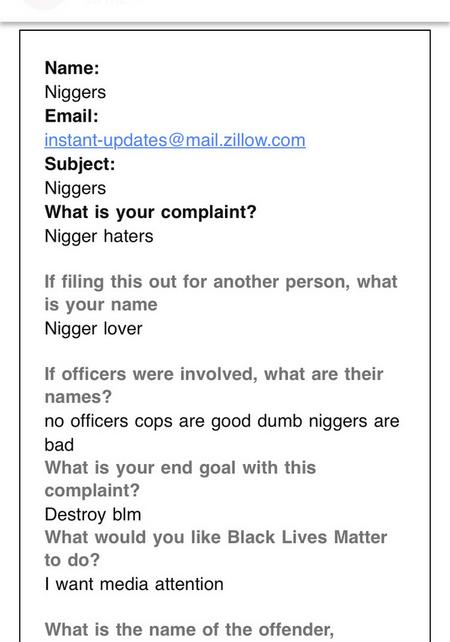 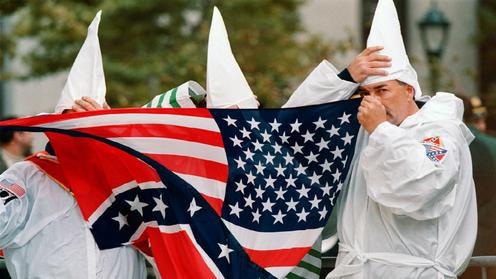 Pictured Below the violent hate group called the KKK proudly flying the American flag, there was no public outrage about this behavior because this behavior is supported by people who fly that flag.

2021 The violent hate group called Patriot Front took to the streets of Philly and used the American Flag as a symbol of hate. There was no public outcry. There is only public outcry when we call a duck a duck.

Pictured below are pictures of the violent murderous hate group called the KKK, happily flying the American Flag, there was no public outrage because people that fly the flag must support this,

Recently we posted on social media that the American flag is now a hate symbol. Then a bunch of Americans who love the American flag started flooding us with hate. Thank you for proving our point beautifully. Here are our feelings about the flag. 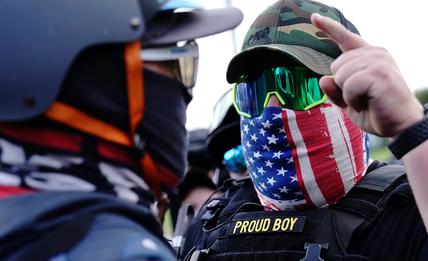 Pictured below the violent murderous racist hate group called the KKK, proudly flying the American flag there was no outrage about this because people who support the flag must not have a problem with the flag being used for hate. 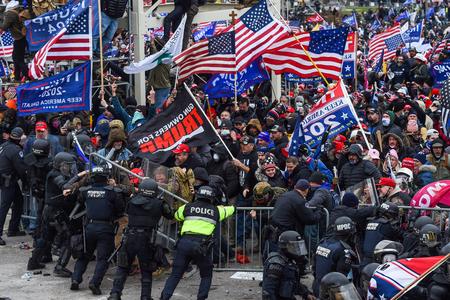 Below is a message that we received from a flag waving American today. We have received hundreds of these from people who wave that flag. 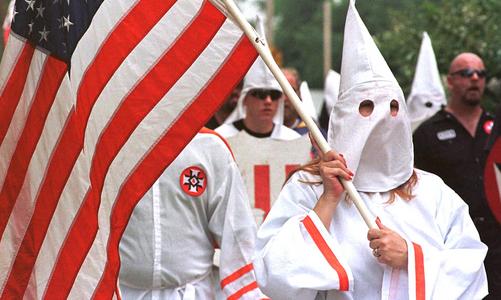 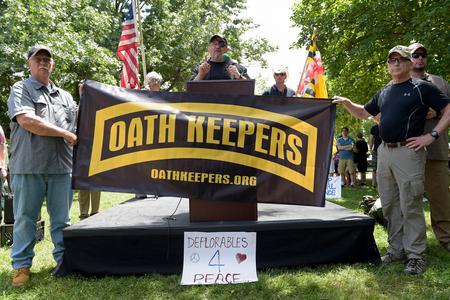 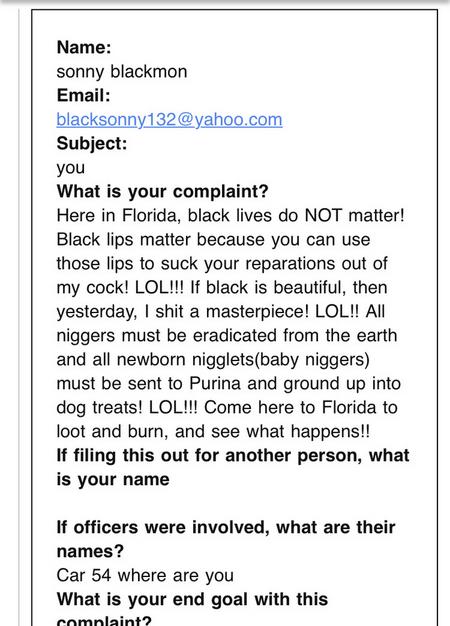 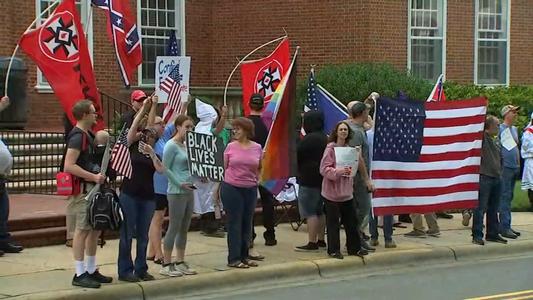 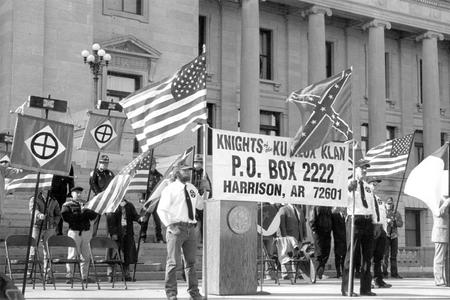 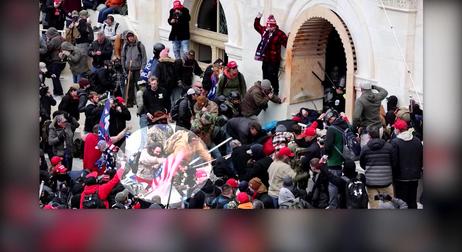 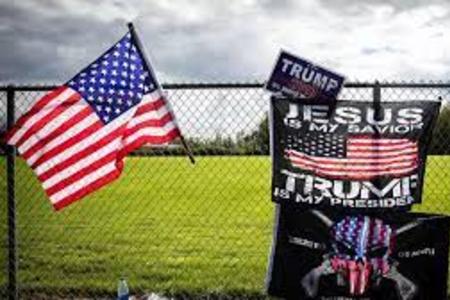 This message was sent through this website. 2021, by people spreading hatred in the name of the American Flag 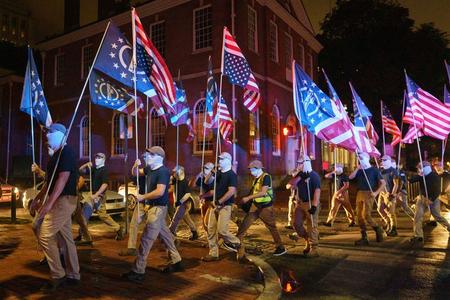 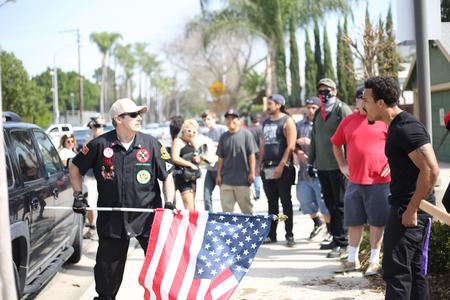 Pictured Below the violent hate group called the KKK proudly flying the American flag, there was no public outrage about this behavior because this behavior is supported by people who fly that flag.

Violent racist hate group the Oath keepers flying the American flag. There is never any public outcry when they do this because people who fly the flag see nothing wrong with this.

A Message From Our Founder

Now I have started a huge controversy. The media now has a hold of it. the controversy stems from me calling the American flag a symbol of hate. I stand by my words.

I want you to step outside of yourself for a minute. I want you to walk in my shoes for a second. I want you to picture this.
You show up for a protest and hundreds of armed white men show up. They have guns, they yell racial slurs at you, they are carrying and wearing American Flags.

I run over 50 Facebook groups. We receive hate messages daily. When you click on the profiles of the people sending these messages their profiles are filled with American flags.

When the Ku Klux Klan holds a rally, they carry American Flags.

The white supremacist group Patriot Front also carried American Flags in their protest last week when they descended upon Philly.

The Proud boys are always wearing and holding American flags when they protest us.

The failed insurrectionists climbed the capitol and beat a police officer with that flag.

If you see that every person that hates you is carrying an American flag how would you feel about that flag? If every message of hate that you receive comes from a person flying that flag, how would you feel when you see that flag.
I feel fear. That is not up for debate. I feel like the person flying it is racist, because every racist that I have come in contact with is either wearing that flag or flying that flag. I feel as if I should avoid that person because they may be dangerous.

If you truly loved that symbol, if you did not believe that it stood for racism, then why no outrage when it is used in this way.
"If you are neutral in situations of injustice, you have chosen the side of the oppressor" Desmond Tutu.

“If I love you, I have to make you conscious of the things you don’t see.” –James Baldwin

I have received death threats and people calling the Black Lives Matter number. One said "We will kill you dirty n******"

This is the love? Lol. They are proving our point with every voicemail and email.

I also have received calls from members. One member was genuinely hurt. "You are alienating people, please take it back"

We had a long talk. I explained to him that I HAVE to make you uncomfortable. I have to push you. Change is not achieved easily. Allyship is not real unless you are uncomfortable and you have something to lose. It is so easy to throw that Black Lives Matter sign up in your yard and throw on a Black Lives Matter shirt and to claim that you are an ally. That is not allyship. Allyship is confronting your employer who just denied a Black person a job, knowing full well you could lose yours for standing up. Allyship is being in a crowd of people that you respect and love who just said something racially insensitive and you call them out, knowing that you are outnumbered and you will lose friendships. Allyship is filming that police officer who is profiling a Black person. Standing there and let your presence be known even though your life could be in danger.
Allyship is not trendy or comfortable or easy. You have to push yourself. And every day I wake up and decide how I am going to weed more fake allies out of the chapter. We used to call it fishing. We would post something that we knew would make thousands of allies deeply uncomfortable to see who became fragile and stormed out. Eventually I would post "I am going fishing" and the laugh reacts would come flowing in. It would take a matter of minutes before the white fragility reared it's ugly head. If you are comfy then you aren't growing.
If people truly believe that it is a symbol of love, independence, dignity, patriotism. They would defend it, not only when it is critiqued by me, but when it is used for hate. But they don't and they won't.

When I see that flag, I see hate.

We have never seen outrage from republicans when literal Nazis fly the flag, that must mean that they are ok with it, they must support it, they must like it.

If you ignore the hate, do not ask me to because I won't. Do not use a symbol for hate and ask us not to see it as such. Our eyes are open even if yours are closed.

Pictured below the violent white supremacist group the Three Percenter's using the flag as a symbol of hate. No public outcry because people that fly the flag are ok with it being used for hate. 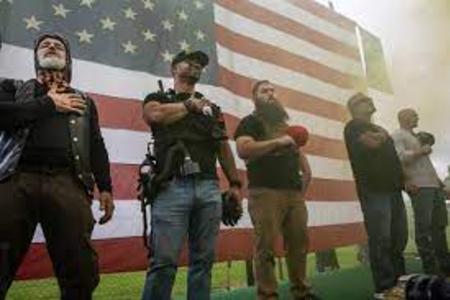 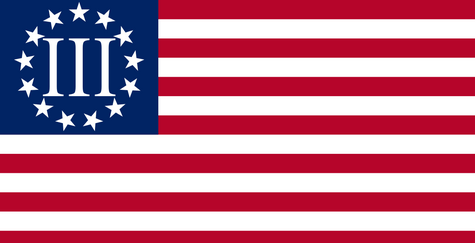 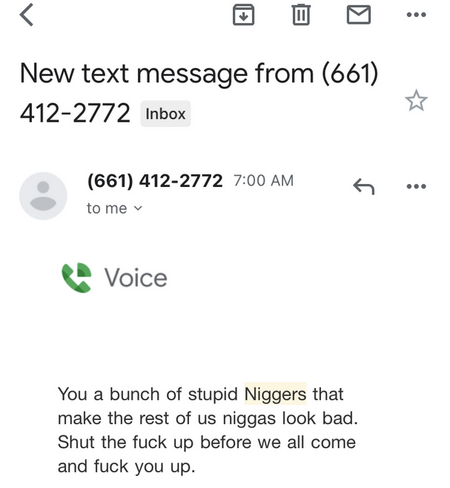 Pictured below, violent Trump voters starting a violent insurrection in Washington DC while they fly the American flag. 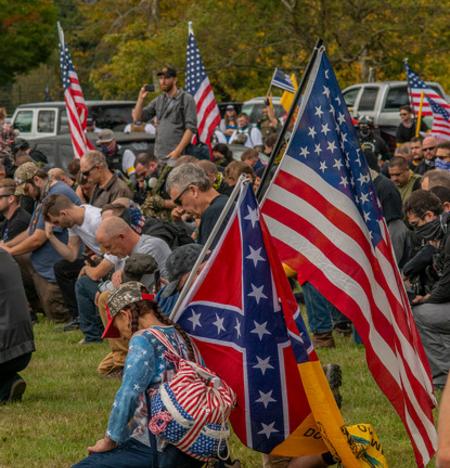 Click on this link to hear racism, death threats, and hate spread to Black Lives Matter Utah, by people who love the American flag.