Are you are part of the "national Network"? No we are not.

No we are not. We do not incite violence. We do not destroy property. We were in Ferguson protesting, and the majority of people there were nonviolent and did not destroy property. The people who did were not from Ferguson, and the Ferguson residents who were protesting were hurt by the destruction of property. We also DO NOT mourn broken buildings; we mourn broken bodies and lost lives.

Dr. MLK Jr. said “The riot is the language of the unheard” We do not encourage any violence or destruction of property. We also do not want the police murdering us without any accountability and inciting violence by their brutalization of Activists.

What are the objectives of Black Lives Matter?

We are an independent chapter. We are not a part of the National Network. We never have been, we never will be. If you have questions about this, please feel free to ask.

Each chapter of black lives matter has different objectives. An objective sheet for this chapter will be handed out at our meetings.

What is Black Lives Matter doing to improve black communities?

Who is in charge of black lives matter?

Black Lives Matter is a leader-ful movement. Everyone is expected to lead by example and to encourage others to lead. There is not one person or persons. There are several in each state.

What has black lives matter accomplished?

We have affected body cam legislation, implemented diversity training programs into police departments around this country, affected elections, helped the impoverished, helped domestic violence victims, made racial inequalities part of the national conversation and have changed the course of history in this country.

What would the difference be if someone made a group called white lives matter?

They have, it is called the alt-right, the KKK, Nazis, and many other hate groups that run amok through this country.

Why do you block traffic? 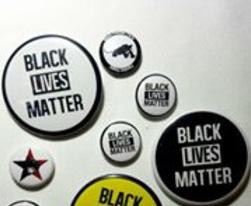 By Every Means Necessary

We fight oppression by every means necessary. We use calling campaigns, canvassing, protests, boycotts, and lawsuits to send a clear message to racists that their ignorance will no longer be tolerated.

We know that we have a special chapter in Utah. With less than 2% black population, we know that black representation and education is needed. We are becoming a strong voice for marginalized communities in Utah.

HOW CAN YOU HELP BLACK LIVES MATTER UTAH?

1. Help to organize a massive voter registration drive.
2. Help with the Transparency and Accountability document. Send it to all of your local representatives who are running for office. Have them fill it out and set up meetings.
3. Volunteer to work at the polls to ensure people of color are not disenfranchised.
4. Volunteer at the Utah State Prison, help to mentor the prisoners to lower the recidivism rates.
5. Volunteer to be a tutor at West High School, and other schools with a predominately POC population.
6. Show up to the CAG Meetings. We meet with police every other week, regarding police reform. The Community Activist Group meetings are held twice a month on Wednesday at 5 pm, at Police headquarters in Downtown Salt Lake City, at 475 South 300 East.
7. Join COP WATCH SLC and help them patrol, hand out needles for the needle exchange and police the police.
8. Join Utah Against Police Brutality and attend their meetings.
9. Help with all calling campaigns.
10. Do not vote for officials who do not support Police Accountability and Transparency.
11. Help with our outreach programs.
12. Make sure that if you see police brutality or hear about it, you contact us immediately.
13. Inform black lives matter regarding any and all cases of POC children being bullied.
14. Communicate all injustice to us.
15. Attend meetings regularly. Do not be a keyboard warrior.
16. Speak your truth
17. Yield the floor to people of color
18. If you have an idea for an initiative, then pitch that initiative, own it, run with up. Lead by example.
19. If you are a member of another activist group, then post all of their initiatives in our Facebook group so that we may support your group.
20. Join and support all of the other activists groups who fight against injustice. Support them all. Create unity in the activist community.

JOIN ONE OF OUR COMMITTEES: